Cape Coral Bike Night is coming this weekend, Saturday, Feb. 13th from 5 p.m. to 10 p.m. Associates and Bruce L. Scheiner, Attorneys for the Injured, are proud sponsors of this lively event. 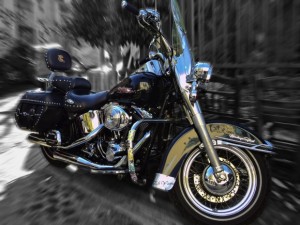 Held quarterly, the first event this year takes place the day before Valentine’s Day, with the Cape Coral Parks and Recreation serving as organizers.

Thousands of motorcycle enthusiasts will come roaring into the Cape to enjoy raging rock and rowdy country music from live bands. They wolf down fiery food and ice cold drinks and bond with other bikers. It’s also a great opportunity to check out all the latest biker products, gear and, including helmets and other critical safety equipment.

The personal injury lawyers at Associates and Bruce L. Scheiner, Attorneys for the Injured, will set up shop and offer free photographs at our green screen photo booth.

Todd King, a special event coordinator with the city, said the support of our law firm has meant much to the local biking community.

“They’ve been a partner now with us for this event for 7 years,” King said. “They love the biking community, they love handling the issues that face motorcycle riders and supporting the city so we can do this event.”

It’s estimated about 18,000 bikers are going to be in attendance, with an option of two top-tier entertainers.

On Entertainment Stage 1, located on 8th Court and 47th Terrace, Maiden Cane, serving up some hard-core arena rock tribute and their own original rock. They cover the high-energy favorites of artists like Boston, Styx, Bon Jovi and Journey.

On Entertainment Stage 2, there is Stephen Pearcy, former front man of heavy metal band RATT. Tickets to that stage, located on 11th Place, next to Dixie Roadhouse, are $5 each.

Attendees can also test their chops on their chopper at the Six Bends Harley Davidson slow bike race. Last one to the finish line – without touching their feet to the ground – winds. With separate races for men and women, the tournament-style competition awards winners with a $100 gift card to Harley Davidson.

There will also be fully 100 vendors catering to food, beverage and product needs of bikers.

Our Fort Myers motorcycle accident lawyers encourage everyone to have a blast – but to drink responsibly and to avoid operating a bike if they have been drinking. This is a celebratory event, and we want to make sure it doesn’t end in tragedy.

Of course, the fact is, most injuries to motorcyclists occur because drivers of larger vehicles don’t see them – usually because they aren’t watching out the way they should be.

Florida was the most dangerous places for motorcyclists that year, with 467 motorcycle deaths in 2013. That was more than both California and Texas, which have double the population of the Sunshine State. Those numbers can partially be attributed to the fact that Florida is a popular destination for riders all along the east coast, particularly in the winter months. Festivals just like Cape Coral Bike Night draw people from across the country.

And it’s not difficult to understand why. We just encourage bikers and passengers to have a great time and ride responsibly.