Motor coach accidents are an area of concern for traffic safety experts and the public nationwide. In recent years, there have been a number of horrific motor coach and charter bus crashes, which have led to calls for greater regulatory action. 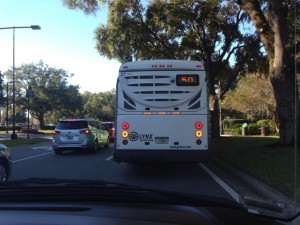 Just this year in California, two women, ages 51 and 76, were killed in San Jose when a Greyhound bus flipped on its side during a rainy morning commute. The women were thrown from the windows of the bus. The 58-year-old driver was reportedly “fatigued” prior to the crash. And late last year in Virginia, dozens of college students were hospitalized after a charter bus overturned when transported students back to campus. The operator was later charged with reckless driving for taking the ramp too quickly.

The Federal Motor Carrier Safety Administration (FMCSA) is the agency in charge of regulating motor carriers. That includes identifying those that may be unsafe and taking corrective action. But what if the regulators don’t act fast enough to stop a dangerous carrier? Can you sue the federal government?

According the recent decision in Pornomo v. U.S., you would be facing an uphill battle. That’s not to say you don’t have legal options. Certainly the carrier, the driver and others may well be held accountable to pay compensation for serious injuries or loss of life. But action against federal regulators will be difficult.

According to court records in the Pornomo case, a passenger on a motor coach traveling from North Carolina to New York was killed when the driver fell asleep at the wheel and ran the bus off the side of a highway in Virginia. The bus flipped and passenger suffocated to death when her head became trapped.

Approximately seven weeks prior to that crash, the FMCSA issued a safety rating of “unsatisfactory” to the motor coach company. This is a rating that usually would mandate the motor carrier halt operations after 45 days, until such time the operator is found “fit.” This accident happened after that 45-day window had closed. However, the FMCSA granted an extension request to the company, which allowed them to remain on the road for an additional 10 days. It was within this 10-day window that the crash occurred.

Representatives for the estate of decedent took legal action against the FMCSA, alleging the agency was negligent in granting that extension and allowing the company to continue operations.

Plaintiffs alleged the agency was negligent in allowing the extension because the language of the law at the time did not permit it, and even it did, the criteria for it hadn’t been met.

It’s important to point out that after this crash, the FMCSA passed a measure that did away with the extension. But at the time, such action was reportedly allowable.

The U.S. government countered the court lacked subject matter jurisdiction because the conduct at issue – a discretionary action – wasn’t a tort under state law. The district court agreed and the U.S. Court of Appeals for the Fourth Circuit Court of Appeals.

Again, plaintiffs can and should explore action against the motor coach company, driver and others.