One of the most effective ways your Fort Myers car accident attorney can help you is by not only gathering and presenting evidence in your favor, but also by working to suppress evidence that isn’t. 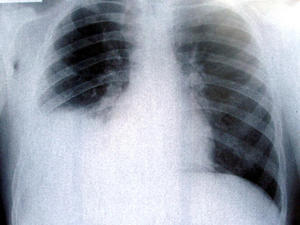 In Zelaznik v. Isensee, it was suppression of testimony from a defendant’s expert witness that was at issue on appeal, following a jury trial that resulted in a $1.1 million verdict in favor of the plaintiff car accident victim.

In the end, Florida’s Second District Court of Appeal found that suppression of the evidence was a technical error by the trial court, but one that was ultimately harmless. Thus, the verdict and damage award was allowed to stand.

According to court records, the case involved a rear-end collision in which the defendant was operating the vehicle in the rear. The defendant never denied her own negligence in causing the crash. However, what was in dispute was whether the crash was the source of the injuries alleged by the plaintiff.

Soft-tissue injuries resulting from wrecks can sometimes be tougher when it comes to proving causation.

Prior to the start of the trial, it was made known the defense intended to present expert testimony from a board-certified physician in diagnostic radiology who also specialized in interventional radiology and nuclear medicine. This doctor testified that after reviewing MRIs taken of the plaintiff’s spine nearly three weeks after the crash, he did not believe the injuries he saw on the scan were the result of the crash. Rather, he believed the swelling, bleeding and/or other signs of trauma were indicative of chronic degenerative disc disease. He pointed to the fact that while there were disc abnormalities, he saw no other signs of trauma, leading him to believe it was more related to a chronic condition.

The plaintiff sought to exclude this portion of testimony, arguing the doctor failed to present any medical studies to back his claim. She also asserted the doctor’s opinion didn’t take into account the many other potential variables that could result in soft tissue changes.

The trial court sided with the plaintiff on this issue.

The court also sided with the plaintiff on the issue of limiting testimony from the responding officer. Typically in a crash case, it is standard protocol when there are no injuries to complete a “short form.” If injuries are present, the officer will complete a “long form” crash report. Here, the officer completed a short form. What makes that important is that the officer also testifed he had no independent recollection of the crash, even when attorneys attempted to refresh his memory by providing a copy of the accident report. The defense moved to exclude the meaning of the “short form” report. The court agreed.

Upon appeal, the appellate court conceded that these were both errors, the first perhaps more glaring than the second. However, justices determined these errors were harmless in light of the other evidence presented. For example, though the short form evidence was excluded, the plaintiff herself testified that she was up and moving around at the scene of the crash. This alone does not necessarily indicate that no injuries resulted from the crash.

With regard to the doctor’s testimony, the court concluded it was not “reasonably probable” that the jury would have reached a different verdict but for the exclusion of his testimony. Other medical expert witnesses did testify to evidence of pre-existing and chronic conditions suffered by the plaintiff. However, this did not sway the jury to the defendant’s side.