Florida is a prime destination for people from all over the world at all times of the year. In addition to warm sandy beaches and popular theme parks, there are countless music festivals and concerts, art shows, cruise line departures, resorts, boating, water sports, diving, race tracks, casinos, golf courses and water parks. 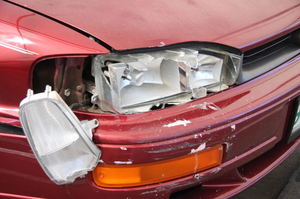 Most of the time, our tourists leave with a tan and a lot of good memories.

Unfortunately, that’s not true for everyone. For visitors, a serious accident not only wrecks their vacation, it can result in substantial medical bills and other costs – which are all complicated by the fact that home and family is far away.

When tourist injuries are the result of another person’s negligence, it’s important to seek legal counsel from a team not only familiar with Florida law, but sensitive to the needs and challenges faced by those who seek justice here while calling somewhere else home. Often, we can appear in court on your behalf so you are not required to travel back-and-forth.

A recent tourist injury out of Miami has yet to result in litigation, though it seems probable given the circumstances.

According to The Miami-Herald, police have arrested a 26-year-old driver for striking a 22-year-old Canadian tourist near a well-lit intersection and then fleeing the scene of the crash. The young man, who was in town for the Ulta music festival, was left with critical injuries and was transported to a local hospital where he was fighting for his life.

His parents flew down from Ontario to be by their son’s side and to plead with the driver to turn herself in. The vehicle involved in the crash was later found in the parking lot of a nearby bar, with heavy front-end damage.

Ultimately, authorities arrested the driver for leaving the scene of a crash resulting in serious bodily injury and reckless driving – both felonies. Authorities say they do not have a record of her having a valid driver’s license.

Investigators say the victim was standing with a group of friends near an intersection around 5:30 a.m., trying to flag down a taxi cab, when the driver struck the tourist from behind. She did not stop to render aid, as required by Florida law (F.S. 316.027).

The victim’s injuries are reportedly extensive, and doctors have indicated he suffered severe traumatic brain injuries, and remained in a coma for more than a week. Although doctors have expressed some optimism about his survival, they say it’s unclear to what extent he’ll recover or how long that will take.

His family and also his employer have launched fundraisers to help with his medical care. In a case like this, however, where medical costs and the burden of long-term injuries and disabilities could impact future wage-earning potential, we would highly recommend consultation with an experienced injury lawyer.