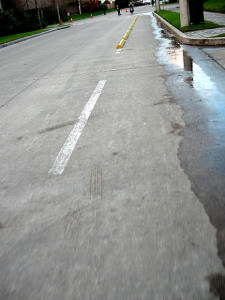 However, the possibility that a government agency may be responsible for poor construction or maintenance of a roadway can’t be overlooked. This is especially true in single-vehicle accidents. If it can be shown the government agency owed a duty to keep the road in a reasonably safe condition, and its failure resulted in injury to someone using the road, that may be grounds for compensation.

Such cases require extensive analysis from at least one and possibly more expert witnesses and a law firm with ample resources to ensure all necessary information can be gathered in preparation.

A claim alleging government liability for auto accident injuries was recently weighed by the South Dakota Supreme Court. In Stensland v. Harding County, plaintiff alleged that one day in April 2009, he and his family were traveling a county road where their driveway connected. It had snowed and rained the previous week, and as he drove over a section of road, he noticed a small hole in the road where water had collected in the ditches. He stopped, got out of his vehicle and stomped on the roadway. Part of the roadway fell in, exposing the culvert that was beneath it. He contacted the highway superintended to report the problem.

The county later put a sign up on the roadway that warned there was a washout and indicated the road was closed. A barricade was placed near the family’s driveway.

At some point, person or persons unknown moved the sign further down the road to another intersection. The county also put up barricades on either side of the washout.

The signs posted by the county did not comply with the state manual on uniform traffic devices. There should have been a longer, wider barricade. There also should have been another “Road Closed Ahead” sign in place.

About one month after plaintiff made the phone call to the highway supervisor, he and his daughter were driving that same road when rainy conditions forced him to slow and drive on the left side of the roadway. He saw no signs that would indicate there was a dangerous condition in the road ahead. He saw a delineator post in the middle of the road, but thought that marked the edge of the road. He ended up driving his car into the washed-out portion of the road.

Although his daughter was Ok, plaintiff suffered injury to his left leg. He went to the emergency room the following day, where he learned he had a fractured tibia.

Plaintiff later filed a lawsuit alleging negligence per se, based on the fact the county’s signage failed to comply with uniform standards. Defendant county, however, alleged it wasn’t required to abide those standards because the roads were built without federal funding aid. The court ruled the county was beholden to those standards and thus had acted negligently in failing to follow set standards. But plaintiff still had to prove the county’s negligence was the cause of his injury.

County asserted assumption of risk and contributory negligence, arguing plaintiff was more at fault. Jurors agreed. Plaintiff appealed. The county also appealed on grounds the court was wrong to indicate it was required to follow the aforementioned safety standards.

The South Dakota Supreme Court affirmed, finding evidence supported instructions for contributory negligence and assumption of risk and that there was no abuse of discretion.