A woman was traveling less than a mile from her home to her son’s daycare in Arkansas when her vehicle hit a patch of black ice near an intersection. She careened into a nearby pond, and immediately called 911. Frantic as she and her 5-year-old sunk deeper into the icy water, the woman waited for emergency response that would be too late for her. 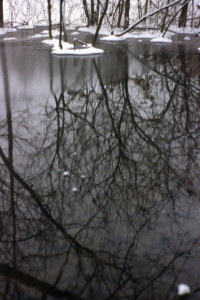 It took 53 minutes from the time she placed the call until firefighters and police arrived. She was deceased when they pulled her out. Her son did survive initially, but was critically ill and suffered brain damage. He died two years later from injuries related to the crash.

His father filed two wrongful death lawsuits against the city for failed emergency response. The first case, Yang v. Little Rock City, et al., was filed in 2013 on behalf of his son. A second lawsuit with the same name, Yang v. Little Rock City of, et al., was filed this year on behalf of his wife. The lawsuits allege the long delay in the arrival of a water rescue team meant his wife and son suffered prolonged exposure to cold water, which ultimately led to their deaths. He asserts this delay was preventable, and could be attributed in large part to a single employee who was known to have serious performance issues, even before she was hired.

The wrongful death actions include detailed and horrific accounts of the mother and son’s last moments together, even as plaintiff rushed to the scene and watched, helplessly. Although emergency medical services crews arrived on scene, having been dispatched initially by the county, they could do nothing until city police and fire arrived. They further prevented anyone from entering the water to try to attempt their own rescue, which several tried to do.

What was later discovered was a dispatcher employed by the city failed to properly dispatch emergency workers. The mother’s first call to 911 was made at 7:55 a.m. Water rescue teams didn’t arrive until 8:40 a.m. She wasn’t pulled out of the water until 8:48 a.m. Her child wasn’t found and placed in the ambulance until 9:05 a.m.

The dispatcher in question, it was later discovered, had been fired from her previous job in a nearby city prior to being hired by Little Rock. Her history of poor performance included:

Little Rock officials were aware of all this when they hired the dispatcher, yet decided to bring her on anyway. One of the causes of action is negligent hiring. The lawsuit also alleges negligent training and supervision. Industry standards would call for thorough training and a watchful eye on all dispatchers, considering the critical importance of their duties. However, that would have been especially important in a case like this, where the worker had such an extensive troubling history.

One sizable hurdle in this case will be overcoming an assertion of sovereign immunity, a protection afforded to governments and employees acting in the course and scope of their employment. However, this protection is not without limit.

Cases against government entities must be carefully considered and deftly argued.