Florida is one of the few states left that has no law prohibiting or restricting drivers, of any age, from using a cell phone or from using text-messaging devices. That’s right. Florida drivers are free to engage in a number of distractions while operating a motor vehicle on our roadways. These distracting devices only increase the risk of being involved in a car accident in Naples and elsewhere in the state.

Many times, in the last several years, the Florida legislature has made attempts to ban distracting driving habits through a number of bills that would regulate this dangerous habit. None of these bills have passed. 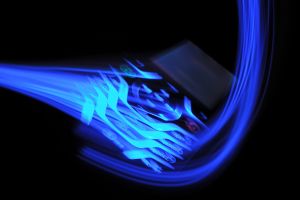 These driving habits make our roadways very dangerous. According to Distraction.gov, nearly 5,500 people were killed on U.S. roadways in 2009 because of accidents that involved a distracted driver. Another 448,000 motorists were injured in these accidents. Our Fort Myers car accident attorneys understand the lack of a cell phone law affects the safety of all motorists. Drivers are urged to regulate their own cell phone usage until a law is put into effect to help save lives on our Florida roads.

The Florida legislature was able to pass a bill that would make all driver education classes include discussions and demonstrations on the risks associated with using wireless communications devices while driving. This bill, House Bill 689, has been sent to the Governor. He has yet to sign it, according to DrivingLaws.org.

Florida may not be in charge of making its own cell phone laws for much longer. Rep. Carolyn McCarthy, D-N.Y., recently proposed the Safe Drivers Act of 2011. This is legislation that would federalize cell phone usage while driving, according to Auto Trends Magazine.

“Driving while making a phone call, texting or using apps can be as dangerous as driving drunk, and much more common,” Rep. McCarthy said. “With some basic commonsense rules that are already in place in some parts of the country, we can reduce injuries and save lives in America.”

Under this proposed legislation, the U.S. Department of Transportation would be required to set up a nationwide standard that would prohibit cell phone use while driving for everyone in the country. Drivers would still be able to use voice-operated, vehicle-integrated devices and voice-operated GPS systems.

While cognitive distractions are still present with certain hands-free devices, it is a much less serious problem than using a hand-held device.

Requirements of the new bill include:

-Within two years, the DOT would be required to report the conclusions of the study to Congress. They would have to accompany these conclusions with recommendations for revising the minimum distracted driving prohibitions and penalties states must comply with.

-Once the federal law is put into effect, states would have two years to comply with the law. If they fail to do so, they could face a 25 percent reduction in federal highway funding.

Cell phone use is the number one reported distraction in accidents that reported the involvement of a distracted driver. Of the nearly 5,500 fatal distracted driving accidents in 2009, nearly 1,000 of them reported a cell phone as the distraction. Motorists who use hand-held devices while driving a motor vehicle are four times as likely to get into an accident serious enough to injure themselves.

Associates and Bruce L. Scheiner, Attorneys for the Injured, have spent four decades fighting for the rights of accident victims throughout South Florida, including Fort Myers, Cape Coral, Naples, Port Charlotte and Sebring. Call for a free and confidential consultation to discuss your rights. 1-800-283-2900.