Last year, there were more motor vehicle recalls than any other year on record. This stemmed from a combination of issues, including the fact that years-old problems were finally being conceded and addressed by manufacturers, and regulators were beginning to take a hard line with the auto industry as new issues emerged. 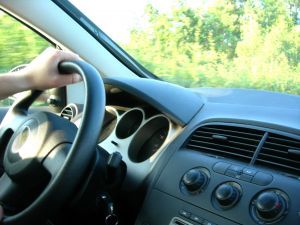 Now, a new study from Carfax (a firm that sells reports on vehicle history) reveals there are some 46 million vehicles on the road in the U.S. that were recalled at some point for a safety hazard, but never repaired. What this means is 1 in every 5 cars on the road has an unaddressed recall. Government data indicates it may be even more – that 1 in 4 vehicles has an unaddressed recall.

Bear in mind: These are major defects that have the potential to result in a crash, serious injury and possibly even death.

Florida ranks No. 3 in the nation for this problem, with nearly 3 million vehicles on the road with outstanding recalls. What’s worse? Many of these vehicles are being sold to new owners, most of whom have no idea their vehicle has an underlying defect.

There is no law that currently requires independent sellers or even dealerships to repair defects prior the sale. In fact, there isn’t even a requirement that this information be disclosed to the new buyer.

What greatly concerns our Fort Myers auto accident lawyers is the fact that not only do these defects exist, but the longer they go unaddressed, the greater the potential for problems to compound, increasing risks for everyone on the road.

Federal regulators are trying to address the issue. The National Highway Traffic Safety Administration is pushing for a law that would mandate dealerships repair recalled used cars. While most dealerships oppose any sort of change, some say they might be willing to adhere to a requirement to disclose defects to buyers, given a new government database that makes it easier to scan each vehicle for outstanding recalls.

The new database allows both dealerships and buyers to enter the vehicle identification number into a search engine and quickly pull up the results.

What is not clear is how many crashes can be directly attributed to outstanding recalls. There is anecdotal evidence to suggest they occur far too often. Florida is one of the primary spots for incidents involving the recent Takata airbag recall, in which the airbag deploys with far too much force, causing exploding shrapnel to strike the driver and passengers. Of the 64 total incidents reported, 18 of those occurred in Florida.

It’s estimated 16 million vehicles have these defective airbags, but it’s unknown so far how many of those have been repaired.

Previous legislative attempts to compel dealerships to repair recalled vehicles/parts or at least inform buyers of the risk have not been successful. Car manufacturers have launched fierce opposition to such measures, as have dealerships and even the U.S. Chamber of Commerce.

The U.S. Department of Transportation is now making another push anyway, with the secretary of the agency saying vehicles with potentially dangerous defects should not be sold to unsuspecting buyers.