Swedish researchers recently tackled the issue of falls in nursing homes in an effort to explore outside-the-box ways of preventing serious injury. 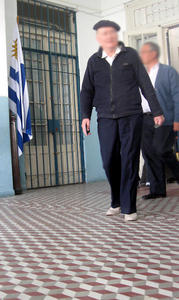 The Centers for Medicare and Medicaid Services report notes the incidence rate for falls in nursing homes is about three times the rate of those who live in the greater community. In fact, the latest figures show 1.7 falls every year per bed. That means more than likely, residents fall multiple times a year.

The consequences of these falls are serious. Between 10 and 25 percent result in a fracture, laceration or need for hospital care.

In many, many cases, Fort Myers nursing home falls are preventable with the proper degree of care and precaution. Still, given the pervasiveness of the problem, it’s worth exploring a new concept that is being studied by Swedish researchers: impact-absorbent flooring.

Study authors with the Division of Risk Management, Department of Environmental and Life Sciences as Karlstad University sought to examine whether this new type of flooring could help reduce injuries among elderly nursing home residents.

The small-scale study focused on outcomes at a single nursing home that had installed such flooring in one of six wards, six out of 10 apartments (not including bathrooms), parts of the main corridor and the entire communal dining room.

The flooring is a type of thick, closed-cell flexible polyurethane composite tile. During the study period, which ran from October 2011 through March 2014, researchers noted 254 falls occurring on the regular flooring and 77 falls on the areas with new flooring.

Another study released by British researchers in 2013, appeared to indicate some of the same results. It studied the impact of shock-absorbing floors in hospital wards for older people.

While the results of this research are promising, it’s important to stress first of all that new floors can’t prevent falls, only reduce the potential for injury when falls happen. Injuries still occurred even with the new floors, which indicates the bigger issue to tackle is why these falls are happening in the first place. In a lot of cases, it has to do with substandard care and supervision.

Beyond that, even if the floors significantly reduce injury rate, they have yet to be widely installed in the U.S.

While new technologies can and should be employed to improve the well-being of our loved ones, nothing can replace the benefits of proper, attentive care by the professionals who have made a promise to do so.