The Japanese auto product manufacturer pleaded guilty recently to fraud as part of a settlement with the U.S. Department of Justice in which it agreed to pay $1 billion in penalties for concealing an airbag defect that’s been blamed for at least 16 deaths and dozens of injuries. 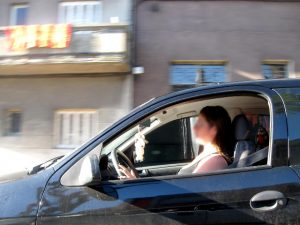 However, this is likely not the end of the story. For one thing, there are pending civil lawsuits in Miami alleging product liability resulting in serious injury and wrongful death.

Additionally, Ford recently issued a safety recall of approximately 32,000 vehicles in the U.S. and Canada to replace defective Takata airbags in newer models. The automaker reported that while it was unsure whether any accidents or injuries were connected to the defect, the issue was certain airbags had been shown not to fully inflate in the event of a crash. In some instances, the airbag even became detached from the wheel.

The recent Ford recall is a separate issue from the one that Takata settled, which involved a dangerous chemical combination that resulted in airbags exploding and expelling shrapnel at drivers and front seat passengers – even in relatively minor wrecks.

A lawsuit filed the same day Takata settled, is latest civil lawsuit was filed naming the company a defendant. The claim, according to The Washington Post, is that vehicle manufacturers were aware for more than a decade that Takata airbags were defective, but continued to buy and sell them because they were far cheaper than any competitor. Takata also had the advantage of being able to produce the bags in huge bulk quantities, as demanded by the auto manufacturers.

Although the $1 billion settlement may sound like a substantial sum, consider that most of that is going to vehicle manufacturers for their lost profits in having to replace the bags. Only a small fraction is actually going to consumers, and many of those injured are still pressing forward with their product liability claims against the firm.

At least 11 people died and approximately 180 were injured as a result of defective Takata airbags. The settlement came a month after the company conceded it had deliberately omitted and falsified data to make the airbags seem safer than they actually were. That false information, the company said, was passed on to auto manufacturers.

The car makers, meanwhile, point to this admission as proof they should be off-the-hook for liability in the injury claims.

However, plaintiffs in the pending personal injury lawsuits say the auto companies had independent information regarding the defectiveness of the airbags and continued to install them anyway. Plaintiff attorneys said the manufacturers’ insinuation that they were “victims” in this matter is an affront to the actual victims, who suffered horrific injuries and some of whom lost their lives.

Further, at least one of those manufacturers, Honda, was reportedly closely involved in the design of the airbags during the testing phase as far back as 1999. Honda engineers reportedly witnessed the airbags rupturing in the manner described by plaintiffs, and yet continued to sell them anyway. At least 77 ruptured airbags were reported the company nationally before the firm finally initiated a recall.