Driver distraction is the leading cause of serious and fatal traffic collisions in the United States. By some estimates, nearly half of all collisions involve some form of driver distraction. April is National Distracted Driving Awareness Month and is a great time to resolve to avoid distraction while driving as we head into the summer travel months. 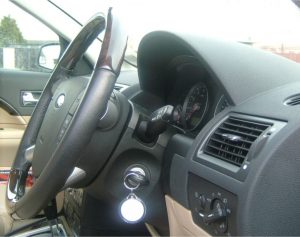 Safety advocates continue to preach the message but there is concern that drivers have grown weary of listening to it. There is little evidence that the risks of distraction are decreasing. On the contrary, the growing prevalence of in-car technologies, and the increasing capabilities of the smart phone, have only combined to increase the risks.

The National Highway Traffic Safety Administration is teaming up with safety partners nationwide to remind drivers to avoid using phones and other distractions behind the wheel. The U Drive. U Text. U Pay. high-visibility enforcement campaign  aims to save lives by preventing distracted driving.

Most states have passed increasingly restrictive measures against texting while driving. Florida last updated its law in 2019. Florida Statute 316.305 makes it illegal for motorists to drive while manually manipulating a cell phone. The update to the law made it a primary offense, meaning a driver can be stopped and ticketed by law enforcement. Still, the Orlando Sentinel is among the media outlets that have reported the law is rarely enforced. In 2000, just over 3,000 tickets were issued to Florida’s 17.5 million drivers. Nor is the $30 fine much of a deterrent.

Safety advocates also argue that Florida must go further, including outlawing all cell phone use by drivers, including those talking on the phone and using hands-free devices. A study released this year by EverDrive app found that Florida is the second-worst state for distracted driving, behind only Louisiana.

This year’s safety awareness campaign, now in its eighth year, is supported by a $5 million national media buy in English and Spanish on television, radio, and digital platforms.

“By working with law enforcement and local communities, we can educate and empower drivers to put the phone down and focus on the road. No one should lose their life because of a text message,” said Dr. Steven Cliff, NHTSA’s Deputy Administrator. “In working with localities and law enforcement, NHTSA is also helping ensure that these distracted driving enforcement efforts are conducted in a fair and equitable way.”

Our car accident attorneys in Fort Myers and Cape Coral encourage you to respect the risks and remind you that cell phone use is not the only danger when it comes to distracted driving. Other common forms of distraction include:

While authorities know at least 28,000 motorists have died in distracted-driving collisions in the last decade, the true number is much higher. Driver distraction is involved in far more collisions and, in many cases, is never revealed as a cause. That’s another reason to speak to an experienced personal injury or wrongful death law firm as soon as possible after a collision. In many cases, independent review of the facts and circumstances of a crash can reveal driver distraction as a primary or contributing cause.