A woman in Key West recently suffered serious injuries after being struck by the propeller of a private airplane. The incident highlights the risks faced by those who enjoy Southwest Florida’s thriving private aviation community.

USAToday reported she lost her right hand and two toes of her right foot when a propeller blade hit her Saturday as she was helping to prepare a private plane for takeoff at Key West International Airport. The airplane accident involved a a 1966 Cessna model 172S plane rented in Fort Myers. The plane was being piloted by her husband; the couple resides in Fort Myers. 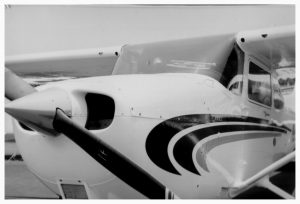 The Federal Aviation Administration is conducting an investigation of the accident. The 46-year-old victim was initially taken to Lower Keys Medical Center and later flown out to Ryder Trauma in Miami.

General aviation accidents in Florida are a common occurrence. Associates and Bruce L. Scheiner, Attorneys for the Injured, has been heavily involved in the local aviation industry since Bruce L. Scheiner built our current headquarters near Page Field in 1971. Attorney Preston Scheiner is an accomplished pilot with extensive flying experience throughout South Florida. Our injury lawyers in Cape Coral and Fort Myers understand both aviation and the law.

The Airline Owners and Pilots Association reports Florida joins Texas as the most active private aviation industry in America. Florida has more than 400 private-use airports, more than any other states besides Texas. The Florida Department of Transportation reports Florida operates 10 national airports, which is the most nationwide. Additionally, Florida has more than 30 regional airports and 30 local airports. Hundreds of other rural paved and grass landing strips dot the South Florida landscape and both the Florida Keys and the Bahamas are short flights and popular destinations for Southwest Florida’s private aviation community.

While commercial airline accidents and injuries grab the headlines, the vast majority of injuries associated with aviation are suffered in private aviation accidents.

Those injured in private aviation accidents are best represented by a personal injury and wrongful death law firm with extensive experience in both litigation and aviation. Without thorough knowledge of the complex world of private aviation, a law firm will always be at a serious disadvantage.

In addition to the many federal regulations with which private aviation operators must comply, proving liability can be a complex process involving aircraft maintenance and leasing corporations, limited liability corporations, airport operating authorities and general aviation insurance carriers. Both commercial and private aviation companies also make extensive use of liability waivers, which can further complicate a claim for damages in the wake of serious or fatal injury.

South Florida is a mecca for aviation lovers and is among the biggest traffic destinations in the nation for flying enthusiasts and their families. However, beginning with the FAA investigation (which as a matter of policy looks to blame the pilot for error causing or contributing to a crash), through identifying liable parties and building a case for damages, victims are best served by seeking a law firm with extensive experience in both aviation and the law.