Florida dog bites are the number one contributor to dog bite incidents in the United States, according to the Chicago Tribune. This newly released information comes after the nation’s largest home and auto insurer released a list of the top 10 states for dog bite claims and the money paid out as a result. 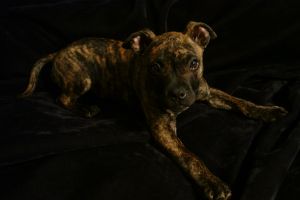 According to State Farm, Florida holds the record for highest amount paid out per incident, at more than $38,000 per case. States falling under Florida cashed in on claims that were nearly $10,000 less.

Our Fort Myers dog bite attorneys recognize the popularity of our furry family members. We are a nation of dog lovers. Yet everyone is at risk of a serious dog bite as dog behavior can oftentimes be unpredictable. Dogs are naturally inquisitive and will typically not hesitate to approach humans to determine if they pose a threat or not. A wagging tail doesn’t always mean they’re happy, so we urge everyone to remain calm around unfamiliar dogs and allow the pooches to investigate before making any sudden movements.

The Centers for Disease Control and Prevention offers these tips to help prevent yourself from being the victim of a dog bite:

-Stay away from unfamiliar dogs.

-If you come across an unknown dog, remain motionless.

-Do not run from a dog, and don’t run away while screaming.

-Do not disturb dogs while they’re eating, sleeping or caring for their pups.

-Allow a dog to see and sniff you before you try to pet it.

-If bitten by a dog, report the incident immediately.

-If knocked over by a dog, roll into a ball and lie still.

-Spay or neuter your dog, as this oftentimes reduces aggressive tendencies in the pooch.

-Do not leave infants or any other young children alone with a dog.

-Be sure to play calm with your pooch. It is important to avoid playing aggressive games with your dog.

In 2006, more than 31,000 people that were bitten by dogs were forced to go under reconstructive surgery to correct the damage. Children are the most vulnerable to dog bites as children ages 5- to 9-years-old have the highest probability of being bit by a dog. Children are also more likely to receive medical attention for a dog bite than any other age group.

Nearly 5 million people are bitten by dogs each year in the United States, according to the Centers for Disease Control and Prevention. One-fifth of these dog bites in Florida and elsewhere result in an injury that require medical attention.

According to the Chicago Tribune, dog bites caused more than 30 deaths last year.

If you or a loved one has been injured by a dog, contact Associates and Bruce L. Scheiner,Attorneys for the Injured, today to learn more about how we will fight for your legal rights, and stand by your side during what can be a traumatic life event. We’ve been focused on justice since 1971. You will benefit from our experience and you pay us nothing unless we win.