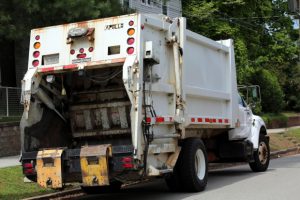 Recently, a recall of 16,000 large trucks made by Volvo Trucks North America reached 100 percent completion rate within 18 months of being announced – a feat writers at Trucks.com declared as “rare” and “atypical.” The average commercial vehicle recall, the publication reports, results in only 70 percent of covered vehicles being repaired. Anthony Foxx, U.S. Department of Transportation Secretary, called the Volvo response one of “extraordinary effort,” following the manufacturer’s discovery that there were four separate instances of sudden steering failure.

What is troubling to our Fort Myers truck accident lawyers is the fact that a 100 percent response rate on a commercial truck recall involving a serious safety issue is deemed “extraordinary.” In our view, it should be the expectation. The recall was issued because the vehicles equipped with greasable two-piece steering shafts that were reportedly defective and posed a risk that the driver would lose control.

Volvo reportedly worked with the NHTSA and also reportedly took the additional – and apparently unusual – step of involving the Federal Motor Carrier Safety Administration to gain full compliance. The company and government agencies took to social media to spread the word, and also used satellite radio programs. Volvo sought to contact drivers directly, while the government agencies reached out to roadside inspectors and commercial trucking companies. And it worked. Perhaps more companies will take note of the effectiveness of this approach.

It’s not clear exactly how many commercial vehicle recalls there have been so far this year, but we do know there have been a number of large ones. Recently, Ford Motor Co. announced a massive recall of 400,000 vehicles, including its Super Duty Chassis Cab truck and Ford Escape sport utility vehicles. These vehicles reportedly have a myriad of problems. The 2017 models of the Super Duty truck have problems with the protective shield on the truck’s fuel conditioning module, which could result in a fuel leak and possible fire.

Commercial truck recalls must be promptly addressed. Carriers who fail to respond to recalls about which they knew or should have known about may be liable if a crash/ injuries result from a recall-related failure. In these situations, manufacturers might also be held responsible for compensating victims.