Five children on their way to Disney World were among seven victims who were killed in a deadly South Florida highway collision. 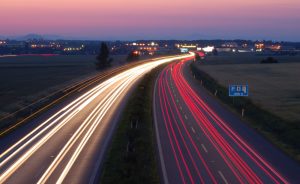 The News-Press reported eight others were hospitalized after what authorities say was one of the deadliest traffic collisions in state history. The crash on Interstate 75 south of Alachua spilled diesel fuel across the highway. The Florida Highway Patrol reports the children were in a Pentecostal church van headed to the theme park when the collision occurred outside Gainesville. The van was an hour north of the park when a tractor-trailer collided with a car and burst into flames before running through the median divider and into oncoming traffic, where it struck the van and another semi, according to The Washington Post.

The tragedy is being compared to a January 2012 crash south of Gainesville that killed 11 motorists and sent 18 others to the hospital after a chain-reaction collision caused by low visibility. Our Fort Myers injury lawyers remind drivers there are steps they can take to improve travel safety as we enter the height of tourism season in Southwest Florida.

It’s important to recognize the diverse risks of highway travel. Speaking with an experienced car accident attorney can best help protect your rights in the immediate aftermath of a collision. In many cases, an experienced law firm may be able to identify additional responsible parties or contributing factors to causation. For example, in this collision the boys were traveling in a church can. Statistically, this has proven to be among the most dangerous modes of travel. In fact, large 15 passenger vans are so dangerous the National Highway Traffic Safety Administration has outlawed their use by public school systems, although many private organizations still use them. Determining all causes of a collision, and identifying all responsible parties, can be a critical factor in your ability to collect adequate damages, particularly in collisions where multiple victims are seriously injured or killed.

Whether a life-long Southwest Florida resident, or visiting the area for the first time, those involved in a serious traffic collision deserve immediate access to experienced legal help.