With the Fourth of July holiday among us, Fort Myers Personal Injury Lawyers wish you and your family a fun and safe weekend. But we urge you to stay safe from the injuries that often plague people during the summer months.

Kids are now out of school and clamoring for something fun to occupy their time. And as Florida Injury Lawyer Blog previously discussed, car accidents in Fort Myers and boating accidents throughout Southwest Florida are especially likely this time of year. There will be tens of millions of vehicles on the roads this weekend and thousands of boaters will be on the state’s many rivers, lakes and coastline water, so stay safe.

But for those not planning any travel this Independence Day, there are even safety tips to stay free from injury at home. Common dangers, such as swimming pool accidents, risks to children and fireworks injuries are more common than many may think, so think twice about safety to avoid devastating and life-altering injuries.

Fireworks injuries: Many people like to buy as many high-action fireworks as they can get their hands on during holidays such as the Fourth of July. Others prefer to go to the several city sponsored fireworks shows and watch them light up the sky.

On the one hand, professionals are handling the show and have years of experience operating high-profile fireworks. But in the other situation, it’s often children who hear the calling to pick up fireworks. If there is ever an area where parents should be extra cautious, it is with fireworks.

According to the Centers for Disease Control and Prevention, seven people died and more than 7,000 people were injured by fireworks in 2008. And it’s no shock that nearly 60 percent of those injured were teens and children under 20. More than 4 in every 10 people injured were under 15. Children injured by fireworks can suffer life-long effects that can be prevented with more attention to safety — or simply by obeying the law and leaving the fireworks to the professionals. 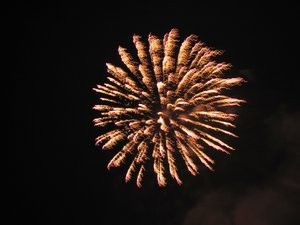 Bottle rockets, and other fireworks can cause severe injuries to the eyes, hands, fingers, legs and other body parts. In a year-long span from June 20, 2007 to July 20 in 2008, there were 900 injuries associated with firecrackers, 300 attributed to rockets and 800 with sparklers. Sparklers burn at 1,000 degrees.

Swimming pool accidents: But while fireworks may take precedence this weekend, swimming will be a popular activity throughout the summer months.

Tragically, Florida ranks among the top of all states in child drownings, according to the Florida Department of Health. Toddlers are especially susceptible, with 356 dying between 1999 and 2003, tops in the nation.

It only takes a few seconds for a parent or guardian to take on another task, return to the pool and see that the child has sunk to the bottom. Even drowning-related injuries can affect children for the rest of their lives. Don’t be another statistic. Use extra caution this summer and stay safe.

Associates and Bruce L. Scheiner, Attorneys for the Injured, has spent four decades fighting for the rights of those injured in swimming accidents throughout South Florida, including Fort Myers, Cape Coral, Naples, Port Charlotte and Sebring. Call for a free and confidential consultation to discuss your rights. 1-800-283-2900.