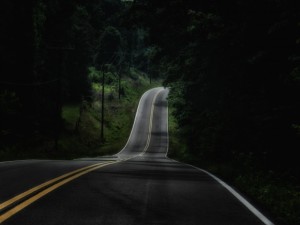 This was the situation in Kimminau v. City of Hastings, recently weighed by the Nebraska Supreme Court.

A messy spill of food material on the road occurred as a result of a truck accident. Government employees and volunteer firefighters were called to clear the debris from the road. They did so and the road was cleared for traffic. But when an accident the following day was attributed to remaining debris from that earlier crash, the question was who was responsible.

Plaintiff sought to hold accountable the driver of the truck, the driver’s employer and local city government. The courts wrestled with the issue.

First, they looked at the specific facts of the case.

A state trooper closed a road after a crash resulted in corn mash being spilled. Both the paid and volunteer fire departments responded, and with shovels, brooms and fire hoses, moved the spilled material off the road, onto an unpaved shoulder and into a ditch.

On the police dash camera recording, these events were taped and some of the corn mash is still visibly present on the unpaved shoulder.

The truck driver was ticketed and the road was cleared for traffic.

One of the volunteer fire captains drove back to the site later that night to make sure the road was still clear.

The following day, plaintiff was driving along that road. As she passed the spot where the spill had taken place, she drifted just slightly off the road, with one of her tires briefly dipping onto the unpaved shoulder. As it did so, it came in contact with the corn mash. This caused the driver to lose control, wreck into a utility pole and suffer personal injuries.

Plaintiff was not aware of the corn mash until she came in contact with it.

In her subsequent lawsuit, she named the truck driver, truck driver employer and the city as defendants. She alleged the city had actual knowledge of the corn mash spill and negligently failed to take adequate corrective action or warn motorists of the danger. She alleged the trucker was negligent in causing the spill and failing to clean it up, and that the employer was negligent in hiring the driver, failing to adequately supervise him, and failing to take reasonable steps to remove the spill or warn motorists.

The district court entered summary judgment in favor of all defendants. It found political subdivisions were immune from litigation on this issue per sovereign immunity and the driver and his employer were cleared from liability once local officials had declared the road safe to drive.

Appeals court affirmed, but the Nebraska Supreme Court affirmed only in part, choosing to reverse in part as well.

While the state high court did find the truck driver and his employer were free from liability once local officials gave the all-clear for through-traffic, it found the government could be liable because sovereign immunity was not applicable in this case, as was waived by state statute.

Plaintiff may now continue to pursue her injury lawsuit against the local government.