Self-driving cars, while not yet fully autonomous, provide motorists with the opportunity to cede some of the control behind the wheel. There is much evidence that this is a whole lot safer, as driver error is the primary cause of auto accidents in Florida. However, it has also meant the question of liability has become a vexing one. If a crash happens, who was in control – the driver or the auto manufacturer? 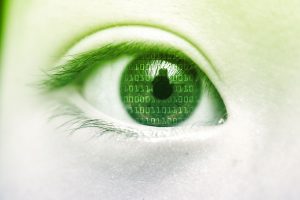 Recently in California, the state Department of Motor Vehicles announced it would not adopt a rule (recommended by General Motors) that would allow manufacturers of automobiles to evade liability for car accidents wherein the self-driving vehicle hasn’t been maintained to the letter of the manufacturer’s specifications. Advocacy group Consumer Watchdog calls the decision a “major victory for consumers,” according to the Associated Press. The rules, as proposed by the automaking industry, would have effectively absolved producers of these vehicles of product liability for things like the owner’s failure to properly clean the vehicle sensors or having a tire that was slightly under-inflated or not precisely meeting oil change recommendations.

Although it is true that vehicle owners have a responsibility to adequately maintain their vehicles (or face potential liability when failure to do so results in an injurious crash), these kinds of stringent maintenance requirements don’t exist for the standard human-driven vehicle.

At this juncture, self-driving car manufacturers haven’t moved past the prototype phase, but they are working on a number of marketing initiatives to lure prospective consumers who might otherwise be concerned about both the security and safety of such vehicles. It’s understandably unnerving to completely hand over control of your life to a machine, or to look over and see a semi-truck, for example, moving down the highway with no one in the driver’s seat.

Federal lawmakers and regulators (particularly those in progressive states like California) have given car makers a wide berth to test these products, taking note of the potential to drive down the estimated 30,000 motor vehicle deaths that occur in the U.S. annually.

By holding auto makers liable for the design of their vehicles (and not exploit loopholes like the ones this rule would have allowed), there is a good chance automakers are going to be exceedingly cautious before releasing these vehicles to the general public – and that’s a good thing. Far too many product manufacturers (vehicle makers included) release products without adequate testing or assurance they are as safe as possible.

Product liability lawsuits for car accidents aren’t common, but they aren’t especially rare either. Auto manufacturers recalled a record 53.2 million vehicles in 2016 (thanks largely to a scourge of defective airbags. Compare that to 11 million vehicles recalled in 2011.

Liability in self-driving vehicles will likely depend on the degree of autonomy. Engineers with the National Highway Traffic Safety Administration (NHTSA) reports there are six levels of vehicle automation, with zero being full human control and five being fully autonomous. Vehicle automation is currently at about a level two or lower, which means more than likely, we’re still looking primarily at the vehicle operator when it comes to responsibility in a Fort Myers car accident lawsuit. However, when we see a pervasive number of vehicles with higher automation levels, liability is likely to shift from driver to car maker. These issues will likely be ripe for decision via case law when they arise.