Most of us depend on our vehicles to commute to work, school, our kids’ soccer practices and more. We can’t control the way everyone drives on the road, but we can ensure our own driving habits are optimal and that our vehicle is in good working condition. 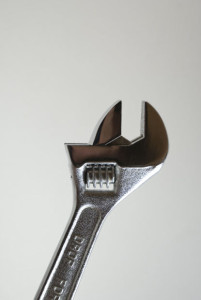 We rely heavily on auto mechanics to make sure our vehicles run properly. In fact, when you entrust your vehicle to the possession of a mechanic for service or repair, it establishes something known as a “bailment relationship” or contractual relationship with the mechanic. This in turn gives rise to a number of professional and legal duties owed by the mechanic. These duties include:

Recovering for damages for negligent auto repair in Florida will require plaintiff to show he or she suffered damages or a loss as a result of those repairs. In terms of a personal injury lawsuit, one would need to show the mechanic or shop owed a duty (there was a bailment relationship), mechanic breached that duty and you, the plaintiff, were injured as a result.

Typically, this means presenting evidence that the repair job was faulty or fell below what would be considered the professional reasonable standard of care. It would also mean showing causation. That is, not only was the work subpar, but it proximately resulted in some type of failure that either caused an accident or resulted in plaintiff suffering greater injury in the event of an accident.

So for example, let’s say a mechanic works on the brakes, but fails to do an adequate job. You approach a stop light with a line of halted traffic ahead, but can’t stop in time due to the faulty brakes. You crash and are injured. Normally, the driver of a vehicle that strikes another from behind faces a rebuttable presumption of liability for any damages or injuries. In this situation, if you can show you couldn’t stop due to the faulty brakes, you have cause for a claim against the mechanic (and so too do those in the other vehicles impacted).

In another example, let’s say the mechanic is in charge of repairing an issue with a passenger seat. As part of the repair, they replace the seat belt. Unfortunately, they don’t install it properly. You get into an accident. The seat belt fails. You are seriously injured. You would have cause of action against the mechanic for negligent repair. The improperly-installed seat belt didn’t cause the crash, but one could argue injuries would have been far less severe had it worked as you expected and as intended.