If Facebook were a country, it would rival China as the world’s largest. As of October 2014, The Washington Post reports the number of unique users cleared 1.35 billion. It has effectively revolutionized the way we communicate. 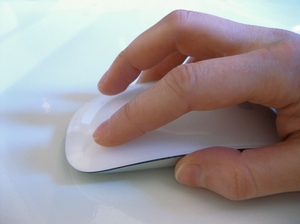 Most people are on these sites to connect with others. However, privacy settings are available to block dissemination of certain information to the general public. But take heed: That information is not actually private, and whatever you post may be subject to scrutiny in a court of law.

That point was underscored recently in a slip-and-fall lawsuit weighed by Florida’s Fourth District Court of Appeal. In Nucci v. Target et al., plaintiff argued against a trial court order compelling her to allow defendants access to her social media pictures dating back two years prior to the incident. (The court also ordered her to turn over pictures taken with her cell phone, but those were not at issue on appeal.)

Defendants were attempting to refute plaintiff’s assertions regarding the extent of her injuries, including her pain and suffering and loss of life enjoyment. It was contended photographs from her social media profile might undercut her position.

According to court records, plaintiff filed a lawsuit claiming she had slipped and fallen on a foreign substance on the floor while at a retail store. In her complaint, she alleged bodily injury, pain, hefty medical bills, emotional pain and suffering, lost earnings, diminished wage capacity, diminished quality of life, aggravation of pre-existing conditions and permanent and/or continuing injuries.

Two days prior to plaintiff’s deposition, a lawyer for the defense viewed her Facebook profile, and saw there were 1,285 photos posted. At the deposition, plaintiff said she would object to disclosure of her social media data. Two days after deposition, the defense lawyer noted nearly 40 pictures had been deleted.

Defense moved for an inspection of the profile, as well as an order to prevent plaintiff from destroying further information. At the hearing, defense provided surveillance footage showing plaintiff after the fall carrying heavy items in various settings. Defense argued this put her claims of physical harm in question, and argued the relevancy of the social media photos outweighed plaintiff’s privacy.

In its response, defense again noted the surveillance footage casting doubt on extent of plaintiff’s injuries. Defendant argued the comparison of plaintiff’s current physical condition/limitations/life quality before and after the fall is relevant to its case. Further, it pointed out it was not seeking unfettered access, and noted plaintiff never argued production of any particular photo might cause her embarrassment or damage (per the 2012 standard set in Davenport v. State Farm Mutual Automobile Insurance Co.).

Appellate court affirmed circuit court’s grant of defense request, noting Florida Rules of Civil Procedure 1.280(b)(1) and 1.350(a), which allow discovery of any matter that isn’t privileged, that is relevant so long as it appears reasonably calculated to lead to the discovery of admissible evidence. This includes information that is electronically stored. Of course, litigants aren’t given carte blanche over whatever information they want, but all reasonable requests should be considered, with the trial court holding discretion.

The bottom line is your social media profile pictures, status updates, likes and shares are not private – not matter what your settings. Fort Myers personal injury plaintiffs in particular must be mindful.