The holiday season is typically the most dangerous time of the year when it comes to bringing dangerous or defective products into the home. But, like most aspects of life, COVID has also changed the risk of product injury. Pandemic quarantines have found all of us spending much more time at home. Online shopping has further complicated the picture when it comes to holding companies accountable for endangering consumers. 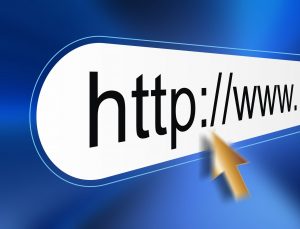 The Government Accountability Office reported last fall that the government’s watchdog for dangerous and defective products, the Consumer Product Safety Commission, needs to do a better job of protecting consumers and addressing the risks of today’s diversified online marketplace. Our defective product lawyers want consumers to know that anyone involved in marketing, supplying, manufacturing or delivering a dangerous or defective product can be held responsible for resulting damages under federal law.

END_OF_DOCUMENT_TOKEN_TO_BE_REPLACED

A federal product liability lawsuit has been filed against the manufacturer of Physiomesh, a medical device surgically implanted in patients suffering from hernias.

Plaintiff in Quinn v. Ethicon, Inc. and Johnson & Johnson, before the U.S. District Court for the Middle District of Florida, is seeking more than $75,000 in damages for serious and disabling personal injuries suffered after she was implanted with this hernia mesh. Not only was her underlying condition not remedied after the May 2014 surgery, but her condition actually steadily worsened. She suffered from persistent abdominal pain, diminished bowel motility and bowel obstruction.

About a year after the initial surgery, plaintiff underwent corrective surgery. What should have been a quick procedure ended up lasting two hours as the surgeon tried to remove all parts of the defective Physiomesh. The surgeon was unable to get it all out. Plaintiff says now she never would have agreed to undergo the procedure with Physiomesh had she known of the potential complications.  END_OF_DOCUMENT_TOKEN_TO_BE_REPLACED