The death of two construction workers in Naples last week is a stark reminder of the risks and consequences of Southwest Florida’s building boom.

The men were installing a temporary elevator shaft on a Gulf Shore Boulevard high-rise when the scaffolding crumbled beneath them. Naples police report the men fell more than 100 feet. State and federal authorities will investigate. 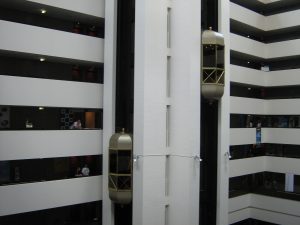 Construction is among the most dangerous occupations nationwide. The number of deaths has continued to climb as the economy has recovered and Lee and Collier counties have returned to boom times. The Bureau of Labor Statistics report 309 Florida workers died in job-related accidents in 2016, up from 272 in the previous year.

The Occupational Safety and Health Administration reported nearly 1,000 fatal construction accidents in 2016 — accounting for more than 20 percent of the 4,693 workers who died on the job that year. Falls were the leading cause of death in the construction industry, claiming 384 lives.

The Florida Occupational Health and Safety Program continues to work to improve fall-protection safety training in the construction industry. While falls from roofs and ladders result in the highest number of injuries in Florida each year, scaffolding accidents can be particularly deadly. A rash of deadly scaffolding accidents in South Florida last autumn included the deaths of three workers in Miami who fell after scaffolding collapsed at a television tower.

In the case in Naples, media reported the victims worked for an equipment-rental company and were installing the temporary elevator on the exterior of the building to carry debris and supplies during a remodeling project.

In such cases, victims may have access to workers’ compensation benefits through their employer. However, a wrongful death lawsuit may also be filed against the property owner, sub-contractors or others identified as being wholly or partly to blame for a serious or fatal work accident. Workers’ compensation death benefits will help family with expenses in the immediate aftermath of a tragedy. However, such benefits are rarely adequate.