Wrong-way crashes are becoming a serious problem on Southwest Florida roadways, and The News-Press recently explored this issue on both a micro-level and from a statewide perspective. 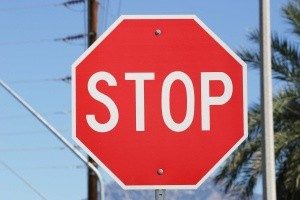 As The National Transportation Safety Board (NTSB) noted in its 2012 investigation into the issue, wrong-way driving tends to have very serious consequences – in fact much more so than other types of dangerous driving behaviors. Although it occurs relatively infrequently – about 3 percent of all accidents on high-speed, divided highway accidents – drivers are 27 times more likely to be killed in wrong-way crashes than in other types of accidents.

Local media picked up on the issue after a series of high-profile wrong-way crashes in Southwest Florida. One of those included a teenager killed in a Lehigh Acres car accident in which a wrong-way driver struck her head-on.

Another reason the issue is at the forefront: July is Wrong-Way Driving Awareness Month. The purpose is to let drivers know about the dangers of wrong-way car accidents in Florida.

Although there is a general thinking that there is not much one can do to avoid a wrong-way driver if one is barreling toward you, the Florida Department of Highway Safety and Motor Vehicles (DHSMV) recently launched a new campaign that opines drivers should, “Stay Right at Night” to help avoid being struck by a wrong-way driver. That’s because if a driver is operating the vehicle in the incorrect direction without realizing it, they are more likely to be moving in the left lane. The bulk of wrong-way collisions involve head-on crashes.

Wrong-way crashes often tend to be high impact, which means when they do happen, there is a strong likelihood that someone is going to be seriously injured, if not killed. In fact, more than two-thirds of these crashes involve the driver getting injured or killed.

As far as how often it occurs, early data from 2015 from the DHSMV reveals there were 1,490 wrong-way crashes. In those, 1,454 people were injured and 96 people were killed.

In looking just at Collier County, there were a total of 28 wrong-way crashes last year, which resulted in 23 injuries and three deaths. One of those occurred over Labor Day weekend, in which a father and his five-year-old daughter were killed on State Road 82 close to Corkscrew Road. Father and daughter were struck by a Chevrolet Impala traveling the wrong direction. The driver of that car was killed too.

In Lee County, there were more – 38 wrong-way accidents, which resulted in two deaths and 46 injuries.

Mostly, these crashes happen between 9 p.m. and 2 a.m.

Although many drivers in wrong-way crashes are drunk, that is not the case for all. In a substantial number of cases, the wrong-way driver is simply confused. They may be elderly or not from the area. Driver fatigue is also often an issue. Other possible factors include driving while under emotional duress, being physically impaired or sick. Approximately 13 percent of all wrong-way crashes had causes unknown.

If you spy a wrong-way driver, immediately slow down and get off the road as soon as humanly possible. As soon as you are safe, call 911 right away. The best thing other drivers can do to protect themselves is to stay alert.