Motor vehicle accidents are known to be the No. 1 killer of children in the U.S. under the age of 14. The National Highway Traffic Safety Administration (NHTSA) estimates every year that more than 1,100 children are killed and 167,000 are injured in traffic crashes. 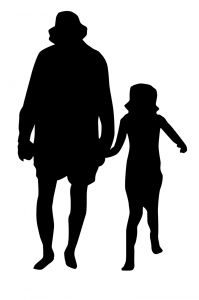 So it makes sense that a fair amount of car accident settlements would involve minors as interested parties. Florida law requires that anytime there is a settlement with a gross amount that meets or exceeds $50,000, the court must appoint a guardian ad litem to ensure the child’s interests are protected. This is outlined in F.S. 744.3025(1)(b). The law also allows the courts to appoint a guardian ad litem in any case for personal injury, property damage or wrongful death that exceeds $15,000 if the court believes it’s necessary to protect the minor’s interests. However, once that gross amount hits $50,000, the appointment is mandatory.

This was a sticking point in the recent case of Allen v. Montalvan, before Florida’s 4th District Court of Appeal. This was a tragic case in which a grandmother was killed while her two children (one adult) and two minor grandchildren were injured when a drunk driver slammed into their vehicle. The passengers, including the underage children, all suffered varying degrees of personal injury.

The children’s mother, days after the car accident, sought legal counsel. She was appointed the representative of her mother’s estate and on behalf of herself and the four minors and estate representative sought a settlement with defendant’s insurer. The insurer agreed to tender the full amount.

There was a misunderstanding, though, about whether this would resolve all claims. Plaintiff’s attorney understood this to be a tendering of the policy limits, not necessarily a resolution of all claims. The insurer understood it to mean a resolution of all claims. The insurer did not take care to determine how the money would be allocated among the plaintiffs. In fact, the part of the agreement that indicated allocation of funds was left blank for the attorneys to fill in. An insurance company employee later testified it did not even occur to them that the money would be dispersed in such a way that certain claimants would not receive any funds.

About two years later, the mother, represented by different attorneys, alleged damages against the defendant as a result of the auto accident on behalf of the children. The insurer moved to enforce the settlement by dismissing the claims. Trial court sided with defendant, finding the settlement was binding and that state statute didn’t require a different outcome.

Plaintiff appealed and the 4th DCA reversed on the grounds no guardian ad litem had been appointed to represent the children’s interest. Defendant argued this case didn’t meet the threshold of F.S. 744.3025(1)(b) because $25,000 of that $50,000 went to the grandmother’s estate, and therefore only $25,000 was at issue. However, the appeals court ruled that case law determined otherwise, and the gross amount of the settlement in this case was $50,000.

The court remanded the case for further proceedings with regard to the children’s claim.