Florida is second only to Louisiana when it comes to the worst states for distracted driving. That’s according to a new study conducted by an online insurance company that used an app called EverDrive to measure behaviors like speeding, aggressive turning, sudden acceleration, hard braking and other dangerous movements while the motorist’s phone was being used behind the wheel. Study authors made sure to exclude measurements of movements that occurred in the car when the phone was in sleep mode or when it was used in hands-free mode (which we know still is not as safe as you might think). 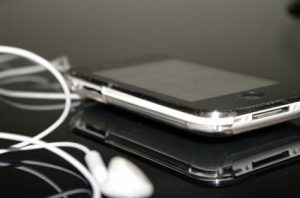 The analysis proved that more than 90 percent of drivers across the country with cell phones have used them while in a moving car at some point in the previous month.

When it came to state rankings, Florida was placed at No. 2. This was based on data from 2.7 million trips and 230 million miles driven, according to the company.

Fort Lauderdale authorities say sadly, this news isn’t surprising. They see drivers with cell phones in hand almost hourly. Unfortunately, they are powerless to do much about it. Florida is one of just five states in the country that does not allow police officers to stop a driver for texting and driving. Instead, they have to observe some other offense in addition to the texting-and-driving violation in order to pull someone over. Texting behind the wheel is considered a secondary offense.

Some state legislators are trying to change that. One state lawmaker from Boca Raton is co-sponsoring a bill to punch up the penalties and also make texting while driving a primary offense, meaning officers could pull someone over solely over observation of that offense. However, it’s not clear that the bill has enough support to pass before the session ends later this month – coincidentally, distracted driving awareness month.

The state Department of Highway Safety and Motor Vehicles reports there were approximately 50,000 car accidents involving distracted drivers last year. That is more that five collisions every single hour. In total, these accounted for 233 deaths and 3,500 serious injuries in the state that year.

Police officials believe these estimates are quite low, and the actual numbers are much higher. Often, the only way authorities know for sure a driver was distracted is if they offer that information. However, motorists are becoming increasingly reticent to freely offer up that information. They know that texting behind the wheel is illegal. They also know how increasingly unacceptable it is socially to divert their attention from the road to putting on makeup, dealing with a pet, interact with a child or friends, etc. Of course, that doesn’t stop them from doing it, but it doesn’t mean they’ll admit it.

As the FLHSMV reports, there are three categories of driver distraction:

Texting is a form of distraction driving that hits all three of these targets.

If you are injured in a traffic accident that results from distracted driving, our experienced injury attorneys can help you determine your legal options.