The recent $2 million South Florida wrongful death settlement awarded to the family of a murdered gas station customer highlights the risks many retail workers and customers face, particularly at businesses that operate through the night.

Our negligent security lawyers in Fort Myers and Cape Coral have written about these types of premises liability claims in discussing past jury and settlement awards stemming from dangerous conditions on commercial property. Too often, victims of assault assume they have no recourse against the property owners or managers when victimized by crime. But that is often not the case, particularly when known dangers are not addressed, or when previous criminal activity that endangers employees or the public is ignored by owners and managers who are legally responsible for mitigating such risks.

In this case, A 17-year-old stopped at a Miami Gardens gas station in October 2019 to buy snacks and fill up with gas. An unknown person approached his car and opened fire, killing the teen and leaving behind grieving parents and the grief that comes with unanswered questions in the wake of such senseless violence.

END_OF_DOCUMENT_TOKEN_TO_BE_REPLACED

Workplace violence is an area of growing focus and concern for area employers.

The National Safety Council reports more than 18,000 injuries and nearly 500 fatalities occur each year as a result of workplace violence, making it among the leading causes of serious and fatal on-the-job injuries.

Certain careers, including healthcare, education and taxi or livery drivers, face higher risks. But every workplace should have a plan when it comes to reducing or eliminating the chances of workplace violence.

Our injury attorneys in Cape Coral and Fort Myers know it’s the mass shootings that make the news. But these incidents more commonly involve former spouses, or a personal dispute that results in a perpetrator assaulting an employee in the workplace. Many of these instances can be prevented by properly monitoring workplace access, and by educating employees about how to deal with trespassers or intruders.

END_OF_DOCUMENT_TOKEN_TO_BE_REPLACED

Lack of security at a nightclub bathroom led to a brutal sexual assault, leading jurors to award a $5.4 million verdict against the nightclub. Now, that verdict has been affirmed by a California appellate court, illustrating the way in which a business can be held responsible for failure to protect patrons against third-party violent crimes. 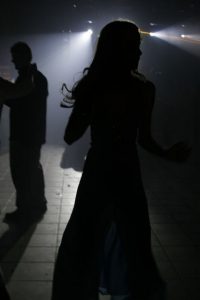 In this case, Janice H. v. 696 North Robertson, the California Court of Appeal for the Second Appellate District, Division Three, Hollywood producer plaintiff, 37, had consumed several drinks at other nightclubs before entering this one to meet some friends, grab a drink of water and use the restroom.

However, when plaintiff entered the unisex bathroom, a man unknown to her – later identified as a staffer at the club – followed behind her and proceeded to sexually assault her.  END_OF_DOCUMENT_TOKEN_TO_BE_REPLACED