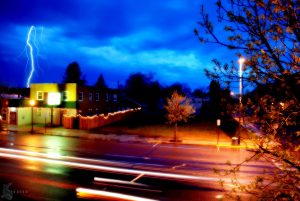 Even when at-fault motorists remain at the scene, succeeding in an action to recover damages can be challenging in Florida because of the state’s low mandatory minimum insurance requirements and the fact that so many motorists in Florida are driving without even these minimum insurance requirements. While Florida has made progress in recent years, the Insurance Research Council reports more than 20 percent of Florida drivers are uninsured, ranking Florida sixth-worst in the nation.

Even if an at-fault driver remains at the scene, and has required minimum insurance, our car accident attorneys have reported before that the state’s $10,000 mandatory minimum insurance requirements rank it dead last out of 50 states. Those limits have been in place for decades and are wholly inadequate to provide meaningful relief to collision victims, even in relatively minor collisions where not more than one person is injured. In many cases, such limits will not even pay for resulting property damage.

Our veteran car accident attorneys know your best defense against the financial consequences of being victimized by a hit-and-run motorist, or a motorist who lacks insurance or does not carry insurance in sufficient amounts to cover losses, is to carry uninsured/underinsured motorist coverage on your own insurance policy. This coverage is optional in Florida but protects you against loss caused by someone else, whether riding in another vehicle, in a collision with another at-fault driver, or even while walking or riding a bicycle.

While your insurance policy is mostly in place to cover damages to others resulting from your negligence, uninsured/underinsured motorist coverage is in place to protect you, and is among the most vital coverages you can carry to protect you and your family from the consequences of someone else’s negligence.